Sleep: The Science and How to do it Better 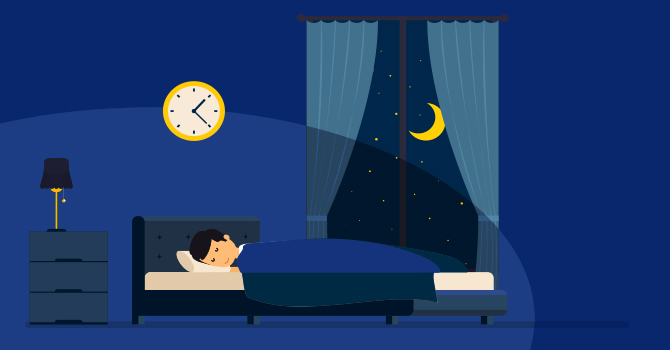 Considering the average person spends a third of their lives sleeping, it’s fascinating that the true purpose of sleep remains elusive. Although sleep likely serves more than one specific function, much of the recent research in this area has focused on the importance of sleep for cognitive processes such as memory.

To begin, we wanted to give you a brief overview of the basics. Learning and memory formation is thought to occur in a two-stage process: 1) fast learning occurs during or immediately following encoding or training, and, 2) a slow, latent process that consolidates memory representation (Gais, Plihal, Wagner & Born, 2000). Initially, encoded information undergoes a series of operations, prompting molecular, cellular, and systems-level alterations to develop automatically over time, outside of awareness (Stickgold, 2005). This late-stage consolidation process stabilizes newly formed memory representations, transforming initially fragile traces into long-lasting memories, available for later retrieval (Stickgold, 2005). Thus, consolidation stores memories and allows for the integration and reorganization of existing memories (Rudoy, Voss, Westerberg, & Paller, 2009).

In humans, sleep progresses in approximately 90-minute cycles divided into rapid-eye-movement (REM) sleep and non-REM sleep, further divided into four stages. During sleep, the brain sequentially descends through increasingly deeper NREM sleep stages, followed by active bouts of REM sleep (Stickgold, 2005). While the structure of human sleep is quite clear, the relative importance of each stage in terms of memory consolidation is less clear. Stage 2, slow-wave sleep (SWS; stages 3 and 4), REM sleep, synchronous cortical activation patterns specific to each stage such as sleep spindles in stage 2, and the ponto-occipitogeniculate and theta rhythms in REM have all been implicated in sleep-dependent memory processing (Stickgold, 2005).

While much of the research in memory consolidation focuses on the role of REM sleep, recent work has shed light on the importance of SWS for memory consolidation. Evidence supports a two-stage consolidation process dependent on early night SWS and late-night REM sleep required to consolidate experience. Once memory representations have become more stable during SWS, the neural activation during REM could lead to the reactivation of previously encoded information, sharpening the representations (Gais et al., 2000).

Knowing how important sleep is and with the average sleep quantity and quality declining, here are a few tips to get better sleep (Mawer, 2020):

2.  Reduce blue light exposure in the evening – or wear blue light glasses if you can’t

5.  Avoid studying in your bedroom

6.  Incorporate 90 min cycles into your sleep

As graduate students, we often have more on our “To Do” list than can be accomplished in one day. Plus, sometimes our work is too exciting to put down. It can be tempting to cut down the amount of time we sleep to try and get more out of the day. Unfortunately, this has the opposite effect and makes us less productive during the time we are awake. Forming new memories and consolidating them is fundamental to being a graduate student, so get a good night’s sleep and perform at your best!