The Impact of Cannabis Legalization on Neuroscience Research 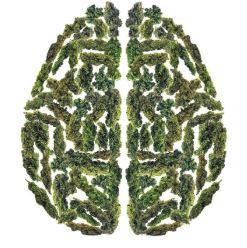 As you all know by now, recreational cannabis use became legal in Canada on October 17th, 2018.

Since 1923, cannabis has been under prohibition and identified as a Schedule 1 substance. This scheduling indicates no determined medical value, and high potential for abuse similar to drugs like LSD, heroin, and ecstasy (MDMA), among others. It is no secret that cannabis has significant effects on the nervous system. However, due to the illegal nature of the drug, we have not been able to study it intensely in a clinical setting as we have been able to for other legal recreational drugs, such as alcohol. This all changed on October 17th, 2018. Legalization of recreational marijuana use brings about a huge opportunity to study the medical potential of cannabis, as well as solidify and redefine our current understanding of the drug. It is incredibly relevant, given that cannabis is currently the 2nd most used recreational drug in Canada (following alcohol) despite being illegal until recently.

I had the pleasure of attending an event on October 11th, 2018 on the topic of legalization – “The Impact of Impending Cannabis Legalization: A Stakeholder Roundtable and Discussion” hosted by the Centre for Medicinal Cannabis Research here at McMaster. This panel of experts included representatives from:

From this discussion, I gathered some information relevant to neuroscience research: 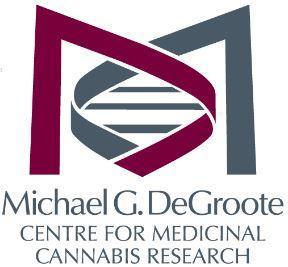 Legalization brings about a huge demand for research and will undoubtedly influence funding in the direction of neuroscience relevant to cannabis effects. The Canadian Centre of Substance Use and Addiction and the Mental Health Commissions of Canada have indicated an additional 10 million dollars is being allocated to research in these areas. The Canadian Institute of Health Research (CIHR) is releasing an additional $3,000,000 to fund a series of studies across the country with priority being given to mental health funding pools, a widely expanding area of neuroscience research (McMaster has submitted at least 11 applications for this grant!).

As a neuroscience community, we are entering a whole new era of research that will persist for decades to come. As young researchers and neuroscientists, we have the opportunity to lay the groundwork for research in this area. We are very fortunate at McMaster to be working in association with the recently established Centre for Medicinal Cannabis Research whose mission is to develop an evidence-based understanding of medicinal cannabis, encompassing both its potential therapeutic effects, and associated risks.