Pint of Science 2019 Hamilton brought science into the community through talks by McMaster researchers. Hear from the neuroscience coordinator and one of the speakers about how the events came together! 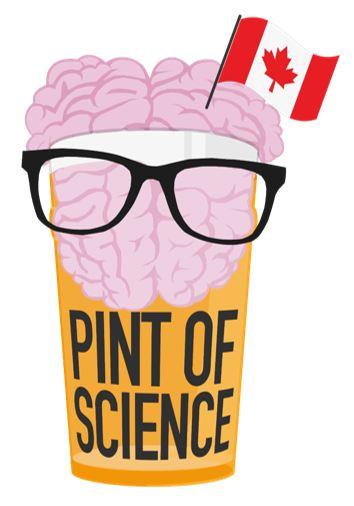 Pint of Science is a science outreach festival that happens simultaneously in over 300 cities worldwide and aims to bring science out of the lab and into the community. On May 20th to 22nd, Pint of Science (PoS) took over three venues in Hamilton for three nights of talks by researchers in astronomy, medicine, and neuroscience. One member of our fantastic line-up of speakers, Neuroscience PhD candidate Vanessa Morris, shares her thoughts on the other side as a PoS presenter.

LV: My role started back in December 2018 when I signed on as coordinator and began contacting speakers and potential venues. Other priorities were securing funding for the events, designing posters and promotional materials, and spreading the word to the Hamilton community. At this point, I thought planning was going to be a breeze, plus the event was so far in the future!

LV: So, the events creeped up more quickly than I thought. At this point, I’d managed to round up an excellent group of speakers, and my main job now was getting them all the information they’d need to prepare for PoS. I made a visit to our venue, Democracy* Coffee House on Locke Street, and they were incredibly accommodating.

The venue did not have an audiovisual system in-house, so part of my job at this point was to MacGyver something together. I managed to accomplish this – just in time – thanks to Mills Library Services, my grandpa’s vintage projector screen, and my volunteers’ impressive tech skills.

VM: Similar to most grad students, the “two weeks away” mark meant that the talk and the event were on my mind but weren't yet priorities. At this two week point I had (loosely) started to piece together what I was going to talk about. I began thinking about which key points I would mention, how I would organize my time during the talk, and whether or not I would use slides or any kind of media. 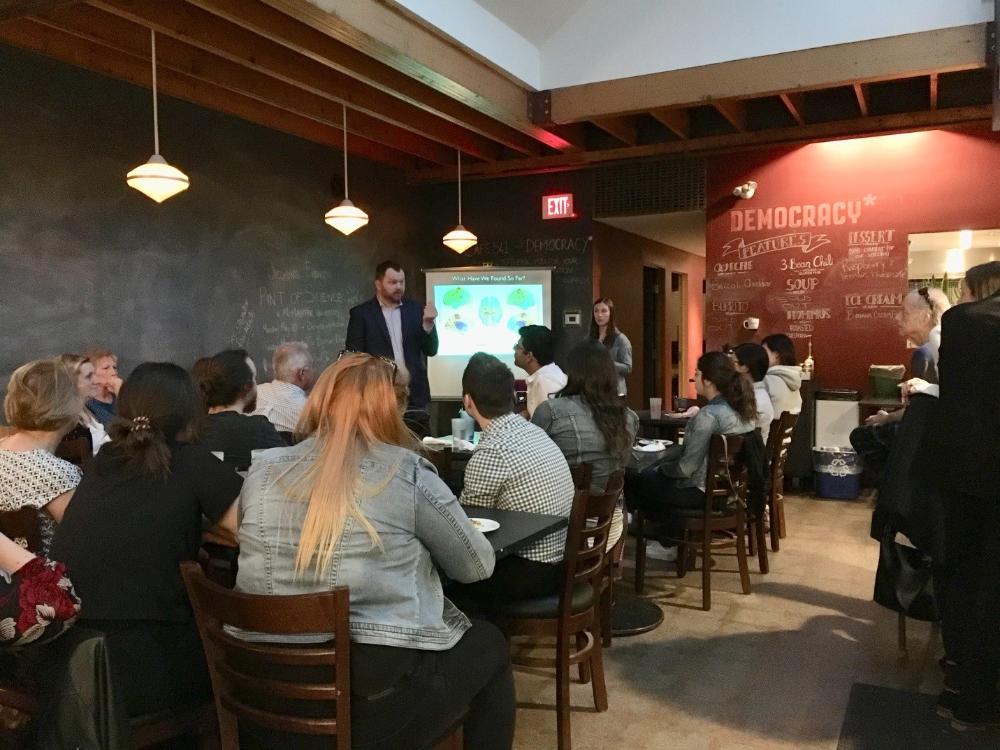 VM: A week prior to the event I had discussed with my supervisor how we would connect our talks. He would be speaking before me and would give a broad overview of his research and what our lab at St. Joe’s studies. Following his talk, I would go into more detail surrounding one of the main projects of our lab that I manage.

The week prior to my talk, I also had the opportunity to do an interview with two other PoS speakers on The AlmaMac, hosted by our graduate program’s very own Sawayra Owais (who helped organize last year’s PoS).

LV: Day one of PoS had some of the usual first night hiccups, but overall was a wonderful kick-off with talks by Dr. Stelios Georgiades and Amanda Assi. Free food (pierogi pizza and cauliflower wings!) was also a hit with the audience!

VM: The day of the event I arrived at Democracy*, found a table with some friends, enjoyed my free beverage (thank you, PoS!), and attempted to drown any last-minute nerves. Following my supervisor’s talk, we had a quick round of trivia before I walked up to the spotlight and began my talk. As with most talks, it was over before I knew it and I was able to collect my gifts (thank you again, PoS!) and head out as the night wound down.

LV: Our last night had finally arrived! Dr. Lyn Turkstra and Reihaneh Ahmadi capped off this year’s festival with insightful talks on gender and social communication. After months of stressful planning, I was ready for a pint myself. See you at Pint of Science 2020!