The MiNDS of our Alumni: Dr. Michael Wong 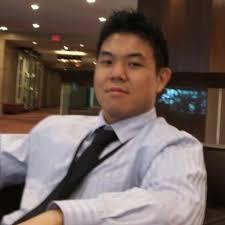 Dr. Michael Wong graduated from the Neuroscience graduate program in 2012. He took some time out of his busy schedule to talk with us about his experience in the program and his career path since graduation.

Tell us a bit about where you are now and what you're working on.

I am currently an Assistant Professor at the University of Wisconsin-La Crosse. My main duties are to teach undergraduate courses in psychology and neuroscience, which currently include Cognitive Neuroscience and Experimental Psychology (Research Methods). Aside from teaching, I am also beginning a research program that extends some of the work I did as a graduate student in the Neuroscience Graduate Program (with Dr. Dan Goldreich). I am particularly interested in further examining the neural consequences of sensory loss.

Could you elaborate on how you went from being a Neuroscience graduate student to the position you have today?

Toward the end of my PhD, I was losing interest in pursuing an academic job, likely because I had been told time and time again that the market is competitive and many people with PhDs are not successfully employed in academia. That said, I wasn’t sure what I wanted, so I decided to just do what people typically do after grad school – a postdoc. I interviewed and (what I thought) successfully landed a postdoc position in my last year of graduate studies. After my PhD defense, I was ready to begin life in another city, but unfortunately (and for reasons I won’t disclose here) my postdoc wasn’t going to happen. I was disappointed. I didn’t know what to do next. So, I played a lot of video games. But even video games get boring after some time!

I went back to the drawing board and asked myself what I saw myself doing. I was reminded that the reason I went to graduate school was NOT to become a researcher, but to teach at an institution of higher education (I had enjoyed all my TAships when I was a graduate student). Shortly after, I successfully landed a part-time professor position at Sheridan College in Oakville where I taught both Introductory and Abnormal Psychology. This experience confirmed my passion for teaching. Unfortunately, Sheridan could not hire me full time, so I continued teaching there as I sought other opportunities.

Thankfully, Dr. Henry Szechtman was looking for a postdoc who would also teach his Psychobiology course. I was sold! I went back to McMaster, where I worked with Henry on OCD projects and taught Psychobiology for the Bachelor of Health Sciences (BHSc) Program. I fell in love with the BHSc teaching philosophy, a philosophy based on the inquiry model where students took charge of their own learning. It was here that my teaching philosophy was shaped. However, after several years with the BHSc Program, I wanted a new experience (I had been at McMaster for a long time). I began looking for other teaching jobs and found a few that interested me. Just last year, I successfully landed a job at the University of Wisconsin-La Crosse, where I am today.

What made you decide to pursue neuroscience? If you hadn't gone into neuroscience, what career path do you think you would have liked to pursue?

I became interested in Neuroscience in my first year of undergraduate studies. I took Dr. Dick Day’s Introduction to Psychology course, and it was there that I became fascinated by the brain. If I hadn’t gone into Neuroscience, I think I would have gone into Physiotherapy. Or I might have dropped science altogether and gone into the culinary arts (I love food!).

Do you have any advice for current Neuroscience graduate students?

Thinking back to when I was a graduate student, there were so many times when I felt like nothing was going to work out. If an academic job is what you want, my best advice is to persevere and to believe in yourself. The job market is tough, yes, but if you persevere, things can work out in the end.

If you could have any superpower, what would it be and why?

I’d have to say telekinesis because I’m lazy. I’d love to have the ability to move objects with my mind!

I’ll stop here, since my response to question 2 was so long!